MARKET SUMMARY: Steady as She Goes

After another month of gains we look no further than yesterday’s Fed statement for clues as to what’s keeping things moving steadily higher. In their statement, they changed the economic outlook from “moderate” to “solid” (a word we have been prone to use in our reports). This week we received a report on productivity, which was (you guessed it) solid. Before going to commercial on CNBC a song was playing with the lyrics “Steady as She Goes”. We can’t think of a more apt description of current movements both economically and in markets. 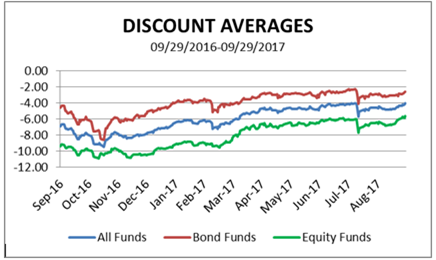 MARKET SUMMARY: Stay in May

Submitted by Shaker Financial Services, LLC on May 4th, 2017

Markets, both domestically and globally, have risen in steady fashion since the November Election.  Many have attributed the rise in U.S. markets to expectations of positive, pro-business policy changes, something we’ve dubbed the Trump Trilogy (deregulation, tax reform and infrastructure spending).  We entered April near all-time highs which has led many to question whether we’ve come too far, too fast and are susceptible to disappointment if the pro-business agenda fails to materialize as promised.

As we welcomed in the New Year, we were also greeted in January with a New President and a generally positive month out of the markets. Markets started the year with a continuation of the Republican administration pro-growth policy optimism, and we continued to climb as we broke through the mystical DOW 20k level. However, towards the end of the month, concerns of potential protectionist governmental actions halted the rally and markets consolidated gains. But all in all, a solid month for the markets.

For the month, we witnessed steady and positive performance across the board. Although stalling shy of the mystical 20,000 level on the Dow Jones Industrial Average, markets calmly climbed for most of the month and finished up just under 2% for the month.

In June, we wrote the following about Brexit:

Up until the very end, it appeared as if Bremain would prevail, but alas, this is 2016, and conventional wisdom is not quite as reliable as it once was (consider the fact that nobody could have imagined, except perhaps the candidate himself, that Donald Trump would advance this far in the Presidential race).

While recent economic reports and corporate earnings results seem to point to a stable, improving environment both domestically and globally, the overhang of political uncertainty, namely the 2016 Presidential Election, has created an uncertain environment which led investors to keep their hands in their pockets during the month of October. This dichotomy led to a strange month in which markets saw both patches of optimistic buying and pessimistic selling. The cumulative result leading to declines in the overall markets of about one and half percent.